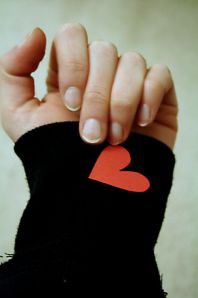 t’s Friday night at 11pm and I just finished watching a cute romantic comedy called “Miss Dial.”  The main character is a consumer product rep and spends her days on the phone, listening to people’s complaints about potato peelers, soup cans, and microwave ovens.  For shits and giggles, she decides to randomly call people and chat with them.  She ends up connecting with a handsome single man who turns out to be her Mr. Right.

I found the plot line ironic and somewhat frustrating based upon my current romantic entanglement.  Remember my last post called Boredom #1?  Well, I left off with a cliffhanger about my experience posting a personal ad on Craig’s List.  The truth is that I got up to 100 responses – some normal, most crazy.  I will eventually post the “best of’s” and some of the funnier ones.  But I’ve held off on blogging because I’ve made a connection with one of the respondents.  His name is Mike (not his real name, of course) and for some reason, he seems to stand out amongst the crowd.  He’s a single dad – divorced – and seems smart & has a good job.  He is also Jewish, which is a nice bonus.   But, it sounds like he is a lot like me in the sense that he’s busy and puts dating as a last priority.  Of course, once I’m ready to rock and rock the dating scene, he is sort of pulling back.  And it is frustrating and, truthfully, I don’t think it is me.  Trust me, if I did, I’d be the first to admit it.  Plus, he has said repeatedly that it isn’t me.

We made plans for Thursday night and the night before, he texted and said he had to reschedule for another night because he had to go away for work (he’s in sales).  Then, we rescheduled for Friday – today – and he texted me at 4pm to cancel again because he said he’d be in the car all day and just wanted to veg out at home.  He said that he wished we already knew each other because then he would have just invited me over.  And I completely get that.  It’s often that you want to skip over the bullshit dating stuff and just get to the comfortable part when you don’t have to consciously impress someone.

But, the reality is that we don’t know each other yet.  And this is the exciting part when you do get to know each other.  So, we still must put our best foot forward.

I reached out to him and asked if he planned to reschedule.  I just want to give it a shot with him and truth be told, I’ve often bailed out on dates by Friday because I’m just so bloody tired from the work week.  So, we’re now on for lunch tomorrow.

If he cancels, I think I’m done.   It doesn’t necessarily mean he doesn’t want to meet me, it just means the timing is off.  At least this is what I hope!  He seems like a genuinely sweet and caring man – he texted me pictures of his arms giving me a virtual hug – so how could I walk away from that without some amount of effort?

I’m just scared of looking too eager and borderline pathetic.  I don’t want to seem desperate, but as I told him, I don’t play games.  But the reality is that, in the beginning, it is all a game.  Sadly, I’m just ready for the “let’s sit on the couch and read while we smile at each other once in a while” stage.  But, before you can get there, you need to make sure you want to spend time together, in silence.

I hope we do have lunch and get a chance to see if there is a spark.  I’ll keep you posted but please wish me luck tomorrow.  I know I’ll be sad to see him go if it doesn’t work out.