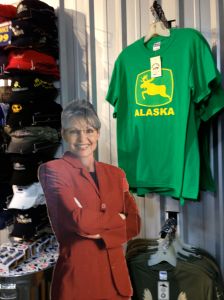 Did you hear the one about the Alaskan cruise ship that broke down in the port of Ketchikan?

We left from the port of Vancouver with kick in our step and a glimmer in our eyes.  Our vacation had begun!  After a leisurely day at sea and an adventurous day in the port of Ketchikan, our captain made an announcement, about 20 minutes after sailing out of the port, that we would be turning back because of an electrical malfunction. Ironically, I was in the middle of hearing a story about true love on the open seas when our fun was abruptly interrupted by the cautious voices of the captain and the cruise director.

The cruise ship turned back to Ketchikan and there we stayed for the next several days before we were forced to leave the ship so it could be properly inspected without the thousands of whining passengers interfering. 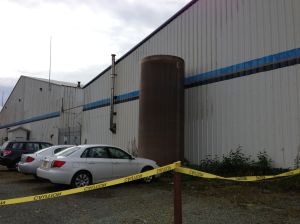 So, a few days early, instead of ending up in Anchorage, my group flew to Vancouver for an unexpected second trip to Canada.  In order to fly out of Ketchikan, we had to take a bus to a ferry to a teeny tiny airport, which was basically some steps leading to an airplane hanger. Ever gone through a major airport since 9/11?  You wait for ages in those long lines, taking off your shoes and belts, removing the spare change from your pockets, agonizing over your 3 ounces of liquids.  In Ketchikan?  A man shouts, “Anyone have a knife?  Nope?  Good.”  They poked around in our bags for 10 seconds and then shuffled us along.

And then it was over.  My cruise, my vacation, and my quickie romance.

Yeah, you heard me.

In the middle of it all, I managed to squeeze in a little romance with a gentleman in my singles group.  He is admittedly 16 years my senior, but looked younger than his age.  And since I’m so incredibly mature, we met in the middle.  Just kidding, just kidding.

He is a lovely man with a respectable job and a kind heart.  Will we see each other again? Inquiring minds want to know.

Probably the most amusing part was that he gave me a hickey on my neck.  I know, awkward, especially because I had no clue until my friend pointed it out!  Another woman asked me how I got the scratch on my neck and, in an amusing way, I looked at her and whispered, “That’s not a scratch.”

And that’s why they call me the sassy single!